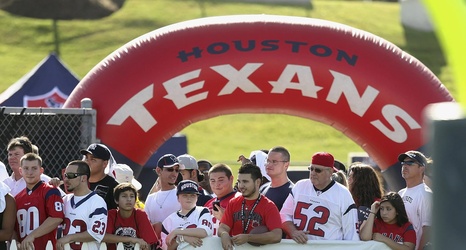 For the past several years, your Houston Texans opened a handful of training camp practices for fans to attend. The free tickets generally were gobbled up in a matter of minutes and often provided many fans with their only opportunity to watch the Texans in person. Tickets to NFL games aren’t cheap, and being in the same general vicinity as athletic marvels like Andre Johnson, Arian Foster, J.J. Watt, and DeAndre Hopkins isn’t something that happens every day.

With training camps opening later this month, I was waiting to see whether the Texans would open any training camp sessions to the public this year or if COVID-19 concerns would prevent that from happening for a second consecutive years.