Should The Texans Trade Whitney Mercilus? 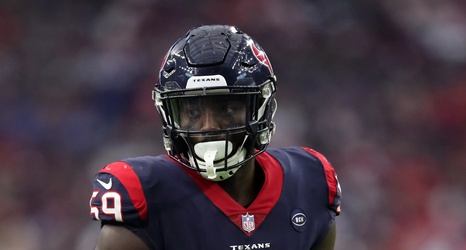 Last season Whitney Mercilus was the Texans’ third best pass rusher. He accounted for almost 30 pressures, but didn’t get to the quarterback. The Texans used him as a wide 9 edge rusher so J.J. Watt and Jadeveon Clowney could rush tight on the tackle’s shoulders and keep attacking 1 v. 1 blocks. This desire to keep Clowney and Watt on the edges neutered Mercilus’s pass rush. He isn’t a speed and bend guy. He isn’t Von Miller. He’s a hands and rip guy that needs to play right on the tackle.