Should Houston Texans fans be worried about Joey Slye? 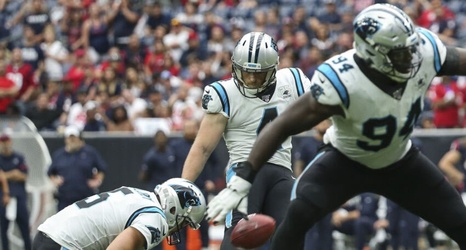 Joey Slye was released from the Carolina Panthers and now is the Houston Texans starting kicker.

With his recent struggles in the preseason ending his time in the powder blue and black, Joey Slye comes to replace Ka’imi Fairbairn. Fairbairn pulled a leg muscle right before the final preseason game against the Tampa Bay Buccaneers in which starting Safety Justin Reid handled kickoff duties.

Slye was known for his big leg (he once attempted a 65 yarder against the New Orleans Saints and missed it by inches) and it often helped Carolina when the game wasn’t on the line.