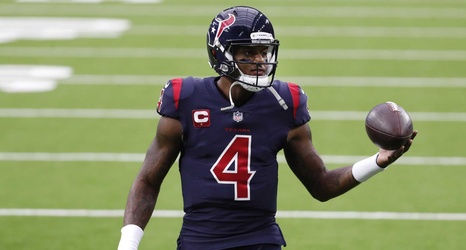 Houston Texans quarterback Deshaun Watson warms up before an NFL football game against the Green Bay Packers at NRG Stadium on Sunday, Oct. 25, 2020, in Houston.

Deshaun Watson's attorney Rusty Hardin says he won't dispute that the Texans quarterback ended up having sexual relations with massage therapists during some sessions, but he insists the activity always was consensual.

"In some of these massages there’s going to be no question - we’ve never run from it, our first announcement has always been about consent – that on some occasions some active sexual activity would have taken place," Hardin said during a press conference Friday.