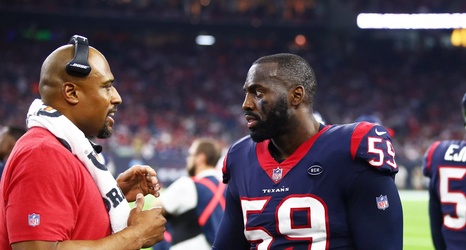 As many expected, Romeo Crennel stepped away from the defensive coordinator role recently. In his place comes rising coaching star Anthony Weaver, a former Texan defensive lineman, and the man many credit with the development of players such as D.J. Reader and the ongoing domination of J.J. Watt’s “injuries can’t stop me” career.

Crennel has been with the Texans since January 20th of 2014, long after his coaching career began in 1970 at the Western Kentucky University and doesn’t appear to be slowing down anytime soon.

Under Crennel, Houston’s defense has averaged a respectable 13th ranked spot in average yards allowed per game, including a #1 rank in 2016.