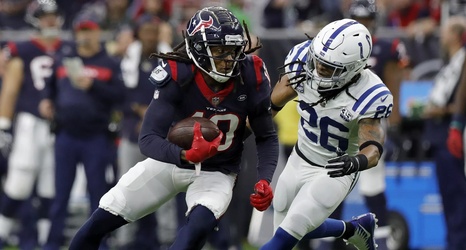 In the 2013 NFL Draft, the Houston Texans drafted a skillful route running receiver who had suction cups for fingers. Clemson wideout DeAndre Hopkins had a lot of potential, but few people saw him as the eventual best receiver in the league he became.

Here we are on the cusp of the regular season opener. Hopkins is in a class with guys like Julio Jones and Antonio Brown; receivers who have been upper echelon for a number of years. Perhaps the best part about his entire career is his easy-going, low maintenance persona.