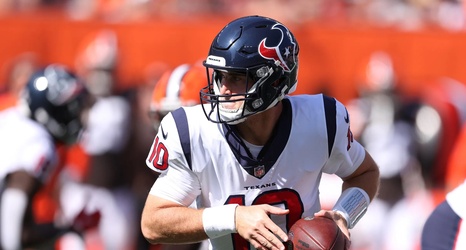 The injury bug has attacked your Houston Texans early and often.

This week’s Thursday Night Football matchup against the Carolina Panthers will take place without Texans starting quarterback Tyrod Taylor or high profile rookie wide receiver Nico Collins. And, from the looks of it Danny Amendola and Terrance Mitchell will join them.

With Taylor out for the foreseeable future, Tim Kelly’s offense (which is FAR greater than Bill O’Brien’s!