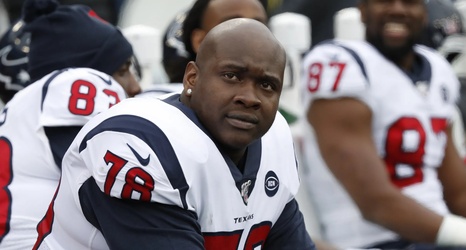 After investing an enormous number of resources, multiple first and second round picks, and significant cap space, and entering their second year together, last season was supposed to be the year the Texans offensive line came together. It in fact did not. The Texans still suffered from the same problems. A mismatched offensive line that couldn’t block the run cohesively. Middle school blitz pick up issues. Zach Fulton whiffs. Houston’s pass protection was average, and they were one of the worst run blocking units in the league.

Fulton and Nick Martin are gone. In are Justin Britt and Marcus Cannon, whose entrance into the ring could stupidly lead to a position change for Tytus Howard, and others who will increase the competition on this roster—watch out Max Scharping.