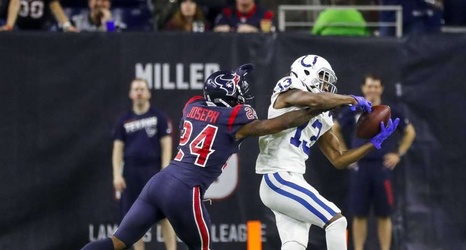 It wasn’t the kind of game that Colts wide receiver T.Y. Hilton envisioned, or is accustomed to playing against the Texans.

Hilton dropped two key passes and was limited to three receptions for 18 yards on six targets in his first game back after being sidelined three games with a calf injury.

Hilton entered Thursday with 46 receptions for 1,018 yards at NRG Stadium, which he has called his second home.

“When someone says this is their home, they’re insulting me,” Texans All-Pro wide receiver DeAndre Hopkins said. “I think that T.Y. is a great player.