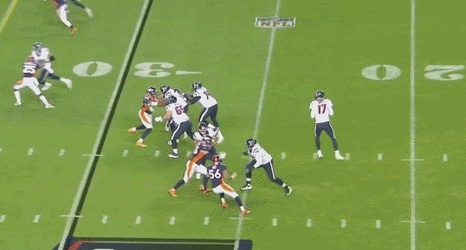 HOUSTON -- It turns out that playing the Detroit Lions’ 25th-ranked defense was just what Houston Texans quarterback Brock Osweiler needed.

In Sunday’s 20-13 victory over the Lions, Osweiler finished 20-of-29 for 186 yards with a touchdown and an interception.

There were still plenty of mistakes -- including a third-down interception deep in Lions territory with less than a minute to go in the half, where he forced the ball to wide receiver DeAndre Hopkins. It was Osweiler’s ninth interception of the season, and after a five-play, 52-yard drive, Detroit kicked a field goal to complete a possible six-point swing to close the half.