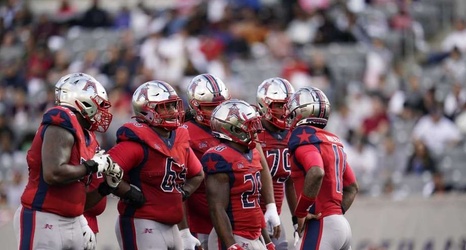 It’s just one week, but the Houston Roughnecks are looking like they might be the best team in the XFL.

The offense certainly looked like it was the most explosive in Saturday’s season-opening 37-17 win over the Los Angeles Wildcats at TDECU Stadium. That was the most poinst scored in Week 1 of the XFL season and tied for the largest margin of victory. The New York Guardians also won by 20, beating the Tampa Bay Vipers 23-3.

JEROME SOLOMON AT TEXAS SPORTS NATION: XFL is off and running in Houston

The best news for the Roughnecks was the emergence of some early stars.