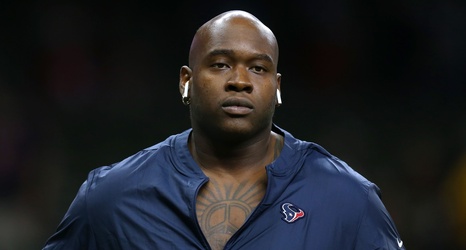 The Houston Texans have announced that Laremy Tunsil, Senio Kelemete, and running back Taiwan Jones are all questionable against the Los Angeles Chargers. Tunsil injured his ankle last week in the Texans only touchdown of the drive where he awkwardly twisted an ankle as multiple players were attempting to bring down running back Carlos Hyde in the red zone.

The good news is that Tunsil walked off the field and returned to the game later in the fourth quarter. Texans are likely to count on Tunsil for their game against the Chargers or they would have added another tackle to their roster before traveling to Los Angeles.