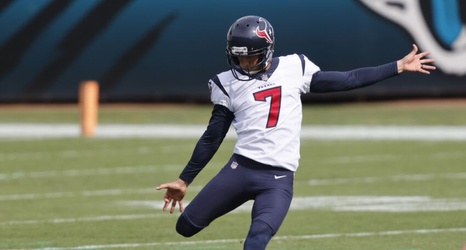 Late last night, Kai’imi Fairbairn was declared OUT for the season opener.

Was it a preseason jinx of making every one of his field goals and extra points through two games that Ka’imi Fairbairn would pull a muscle that benched him for the season opener? Or is it just unfortunate timing for the Houston Texans Kicker?

Well, whatever it is, it’s a huge blow to the special teams of the Texans. They were the best unit on the field for this team that’s in a rebuild.