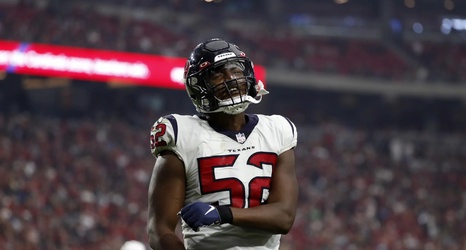 The bloody reunion will be missing a couple of relatives today. The Houston Texans and Tennessee Titans have announced their inactives. Here’s who won’t be playing for the Houston Texans:

Damn. I guess we won’t see what Jeff Driskel, the Texans bye week project, will do at tight end, after the Texans drank too much fluoride. Our angler fish, the glimmering light at the bottom of the abyss, Jonathan Greenard is also out.