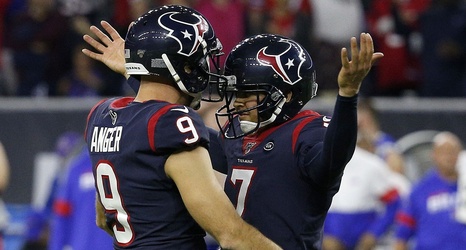 In the battle for better field position, Texans’ punter Bryan Anger finished the game with five punts due to the offense’s early struggles but managed to flip the field effectively to put the football inside the Bills’ 20-yard line three times.