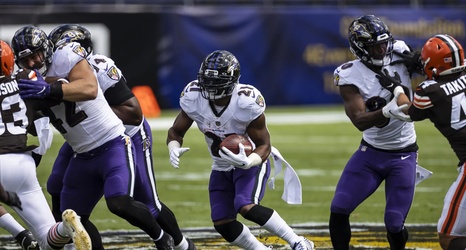 Your Houston Texans have struggled to get the ground game going for many, many years. Despite former head coach Bill O’Brien’s dogged determination to establish the run, assaulting the A-gap early and often, Houston has only had two running backs run for 1,000+ yards since Arian Foster left the team—Lamar Miller raced for 1,073 yards in 2016 and Carlos Hyde made it to 1,070 in 2019.

New Texans general manager Nick Caserio appears determined to change that underperforming trend in 2021 by signing Mark Ingram and Phillip Lindsay. While Ingram has the bigger “name”, he’s also further down the career path into what many fear is “declining skills” territory.