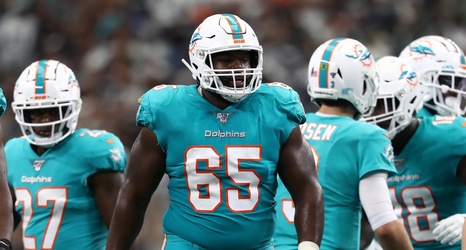 The Houston Texans are in the midst of training camp. The current roster has Max Scharping, Lane Taylor, Cole Turner, Justin McCray, and Hjalte Froholdt at guard, while they work to sort out what they want to do with Tytus Howard and Marcus Cannon. Cannon and Taylor sitting on the PUP list as they recover from offseason surgery and last year’s injury.

In the throes of training camp, Houston decided that this isn’t enough depth or competition. The Texans added another guard in Danny Isidora.

Isidora is a Minnesota Vikings fifth round pick who started three games there.