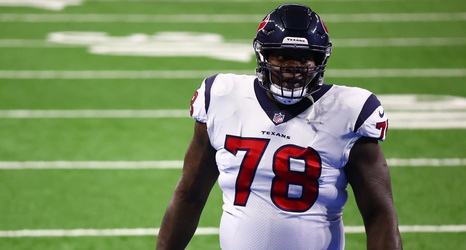 Back in the August of 2019, a week before the NFL season kicked off, the Texans realized they didn’t have a left tackle, so they turned two first round picks and a second round pick into Laremy Tunsil. After blowing a 24 point lead in the 2019 NFL Divisional Round, the Texans extended Tunsil to a three-year $66 million contract worth $40 million guaranteed at signing, and a total guarantee of $50 million.

Entering this season Tunsil was the Texan was the highest cap hit around $19 million. After signing a mutiny of free agents on cost effective contracts the Texans found themselves up against the top of the salary cap.