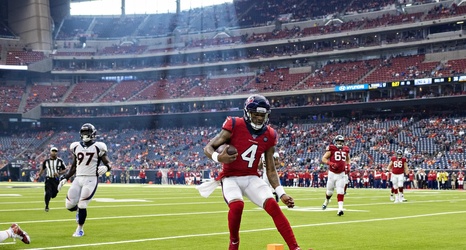 If the Texans lost to the Patriots I would be very angry and upset. The Texans lost a game they should have won against a team they are better than, and not only that, Denver obliterated them into crumbled cast iron chili meat. They did beat the New England Patriots though. I’m satiated. My cup is full. Yet, analysis and intellectual discussion never stops, so here we are again.

In this episode, BFD and I discuss Kareem Jackson’s REVENGE, Houston’s secondary and pass defense, Jacob Martin’s snap count, Where did Whitney Mercilus go, Houston’s offensive game plan, ESTABLISHING THE RUN, and a brief peak at this weekend’s visit to the Logan’s Roadhouse at Nashville.