Houston Texans: Now is the Time for Lonnie Johnson to step up 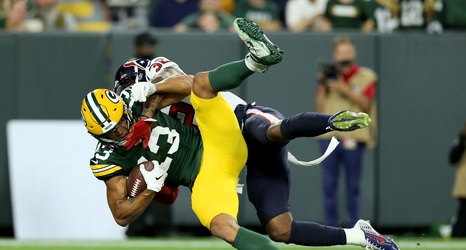 The Houston Texans made the decision to officially part ways with cornerback Aaron Colvin on Wednesday. This should have come as no surprise, as Brian Gaine was the general manager who elected to sign him in free agency.

Colvin struggled in coverage and he was a healthy scratch in the playoffs the last season, which ultimately didn’t bode well for a team that was in need of help in the secondary. For as bad as Colvin’s first year was with the Texans, he wasn’t better in his second season in week one against the New Orleans Saints.