Houston Texans Not Favored To Win A Single Game In 2021 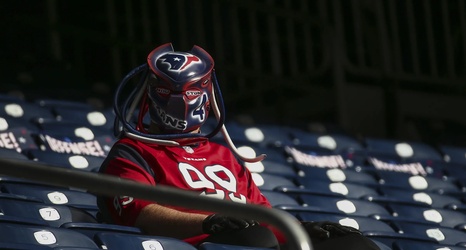 The hits just keep coming for your Houston Texans.

When the schedule was announced last week, a variety of NFL pundits weighed in quickly on game outcomes for the Texans. It wasn’t pretty.

Since legalized gambling on NFL games became a thing, a lot of sites have focused intently on providing odds and over/unders on each pro football franchise.

According to the people who make betting odds, not only are the Texans unanimously at the bottom in the AFC South, but the AFC as a whole. In fact, they’re alone in the basement in many takes, sharing some solace with the Detroit Lions in others.