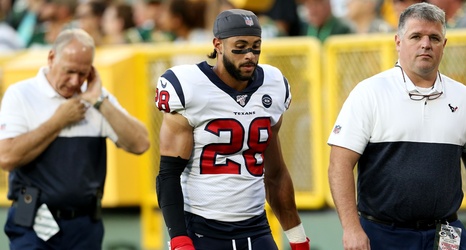 With Johnathan Joseph, Bradley Roby, Tashaun Gipson injured in the secondary, the Houston Texans decided to promote cornerback Cornell Armstrong from the practice squad. Armstrong was on the Texans 53 man roster to begin the season after being waived from the Miami Dolphins but released him to make room for quarterback Alex McGough.

Texans had flirted with the possibility of adding another cornerback after working out free agents E.J. Gaines, Trevor Williams, and Picasso Nelson through the week before opting to sign Armstrong.

Texans liked Armstrong enough to sign him to the practice squad with the possibility of having back on the active roster down the road, and the injuries in the secondary have open up the opportunity for him to return.