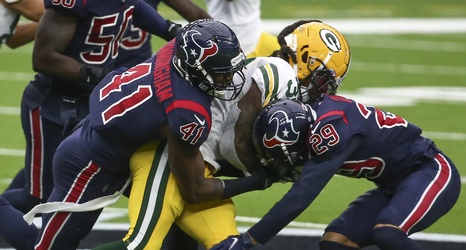 Houston Texans defensive coordinator Lovie Smith made a name for himself on Tony Dungy’s Tampa Bay Buccaneers staff where he helped develop the Tampa 2 defense.

Now, Smith has brought that defense to the Houston Texans, and his son, Miles Smith, is along for the ride.

While many may not remember, the Texans interviewed the elder Smith for their open head coaching role prior to Bill O’Brien’s hiring. Now, Smith is in Houston, but he’s assisting new head coach David Culley.

The task ahead of this father and son duo is a mighty one.