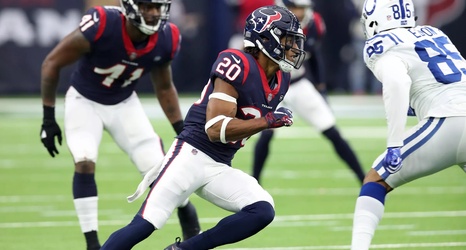 Leading up to the 2018 NFL Draft, it was hard to expect the Houston Texans could land a pro bowl level player without a first or second round pick in their hand. But former general manager Brian Gaine did his homework on a potential super star, as did many others. When Gaine turned in his first draft card as the new Texans GM when the 3rd round loaded up, Justin Reid, brother of NFL pro bowl safety Eric Reid landed in battle red.

The ever optimistic John Harris had this to say about Reid prior to the 2018 draft: