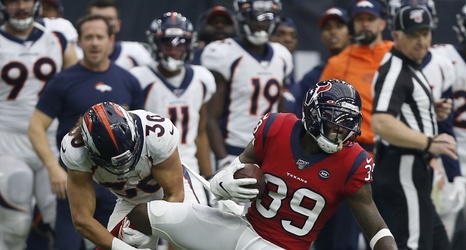 In a bittersweet move, the Houston Texans have activated J.J. Watt to the active roster in exchange for Tashaun Gipson being placed on the injured reserve for the rest of the season. The Texans were expected to bring Watt back to the 53 man roster after he was placed on the IR with a pectoral muscle injury he suffered in Week 8 against the Oakland Raiders.

The Texans and Watt are rolling the dice with him returning to football activities earlier than expected from his injury. However, losing Gipson is an unexpected hit to the Texans defense, with him playing a pivotal role in the secondary.