Houston Texans: Bill O’Brien out of excuses this season 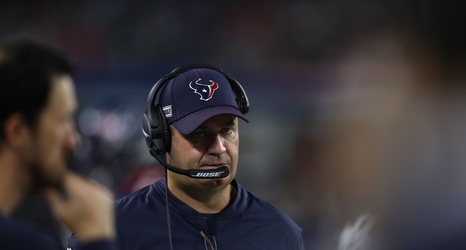 The Houston Texans are coming off their best year under coach Bill O’Brien, as he led them to an 11-5 record in the regular season. The Texans went on a nine-game winning streak before losing to Andrew Luck and the Indianapolis Colts in Week 14 of the regular season.

However, seven of those nine wins actually came against non-playoff teams, which is why O’Brien downplayed the streak. Despite the streak, the Texans came out flat in the playoffs against Luck and the Colts for a second time, eventually losing 21-7, ending their season.

The loss was embarrassing to have, especially at home in the Wild Card round, and especially considering the fact that the Texans had more penalties (eight) than third-down conversions (three).