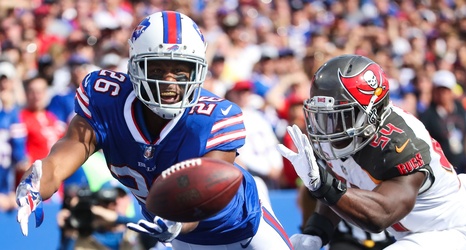 Houston Texans are signing running back Taiwan Jones according to his agent, Doug Hendrickson. Jones is joining his third team since being drafted by the Oakland Raiders in the fourth round of the 2011 NFL Draft. Jones spent his first six seasons with the Raiders before being released and signing with the Buffalo Bills in 2017.

He spent the next two seasons with the Bills, contributing mainly on special teams and was elected as one of the team captains in the locker room. Jones only played 14 games in his two seasons in Buffalo after dealing with season-ending arm and neck injuries.