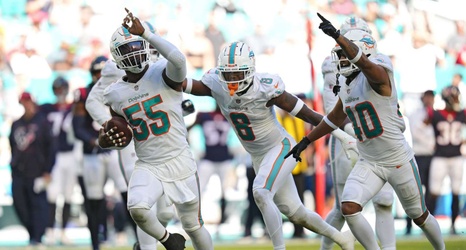 Not a lot has gone right for the Texans in 2021. They lost their franchise quarterback seemingly forever - with the 22 civil lawsuits accusing Deshaun Watson of sexually assault, maybe rightfully so - and things haven't been any better between the lines.

After a Week 1 win over the inept Jaguars, the Texans have lost seven straight games, including three defeats by 26 points or more.

Tyrod Taylor's return from hamstring issues on Sunday was supposed to help the Texans immensely, but so far, it hasn't. At all. That was never more evident than on an incredible - like how-in-the-world-does-that-happen incredible - misstep just before halftime against the Dolphins.