Freebies you can get because the Texans beat the Jaguars 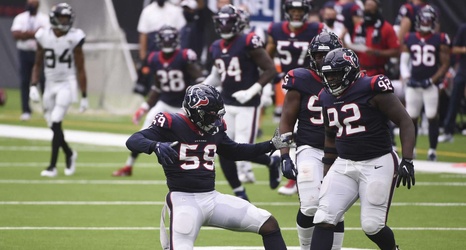 Gone are the days when Texans fans could crash the nearest Sonic Drive-In and get their free slush after a Texans win.

In fact, most of the freebies that companies give out after Texans wins have dried up, but there a couple left.

Since the Texans beat the Jaguars 30-14 on Sunday for their first win of the year, Papa John's and Jack in the Box are rewarding fans.

On Monday, fans get 50 percent off any pizza from Papa John's if you order it online and enter the promo code TEXANS.

Also Monday, because the Texans scored at least two touchdowns against Jacksonville, fans get a free Jumbo Jack from Jack in the Box with the purchase of a drink.