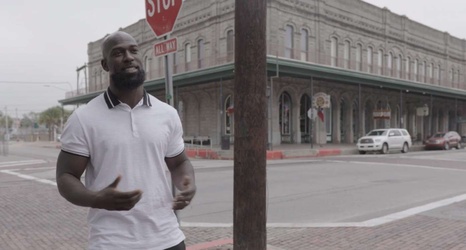 Former Texans safety Michael Thomas grew up in Houston, just 60 miles northwest of Galveston where a Union army general proclaimed freedom from slavery in Texas in 1865, but he admits he still had a lot to learn about Juneteenth.

As part of the NFL’s Inspire Change initiative, Thomas went to Galveston and helped create a video tour through Galveston’s historic sites to educate the public on Juneteenth.

NEW TRADITION?: Jermall Charlo hopes this is first of many Juneteenth fights