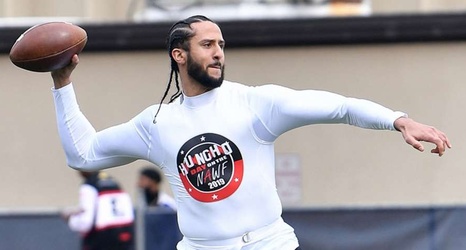 NEW YORK (AP) — Colin Kaepernick can add author and publisher to his resume.

The former NFL quarterback who knelt during the national anthem to protest racial injustice and police brutality announced Thursday he's writing a memoir through his own publishing company.

It's called Kaepernick Publishing, and the audio version of the as yet untitled book is due this year. It will be available through Audible, a subsidiary of Amazon.

In 2013, Kaepernick led the San Francisco 49ers to the Super Bowl, where they lost to the Baltimore Ravens.