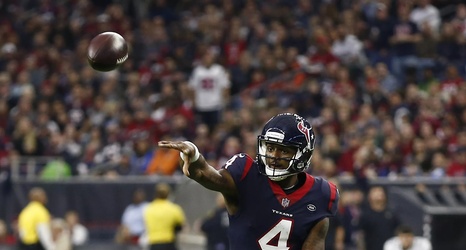 ESPN has been letting the content flow like a mountain creek all offseason by ranking everything. Head coaches, expected wins, you name it, they’ve ranked it. This week they ranked each team’s quarterback commitment. The Texans are low on the list despite Deshaun Watson being one of the best young quarterbacks in the league. Here’s their rationale: