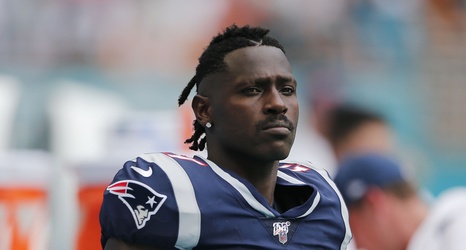 There is no reason now for the Houston Texans to ever sign the embattled wide receiver Antonio Brown, who has not only been traded by the Pittsburgh Steelers and cut by the Oakland Raiders this season, but now he’s been released by the New England Patriots for all of his alleged off-the-field actions.

Now this … if the Patriots can’t come to terms to keeping Brown for more than 11 days, there is no way the Texans do that as they’ve been said to want to run their franchise like the Patriots, and if they don’t want Brown, the Texans won’t either.