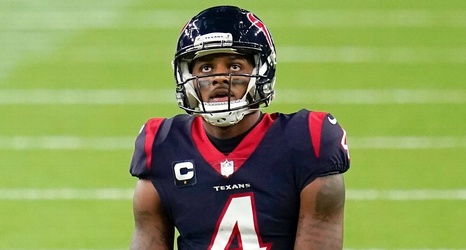 HOUSTON -- Deshaun Watson's attorney, Rusty Hardin, has filed a motion for an emergency hearing, asking a judge to rule that lawyer Tony Buzbee has to identify one of the women who filed a lawsuit under the pseudonym of Jane Doe.

Of the 22 civil lawsuits filed against Watson alleging inappropriate behavior and sexual assault, only two women have been publicly identified. The motion filed Thursday pertains to lawsuit 2021-15937, which was filed March 18. Because these lawsuits were filed individually, Hardin would need to file a motion for each of the lawsuits filed.