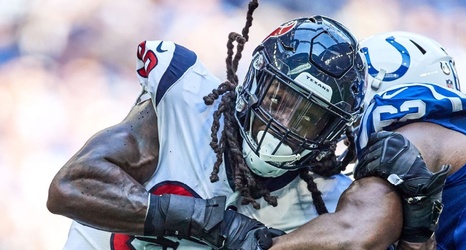 Houston Texans linebacker Jadeveon Clowney did not agree to a long-term deal done by Monday's 4 p.m. ET deadline to sign players who have been franchised.

No trade is in the works for him either, sources told ESPN's Adam Schefter.

Clowney is expected to miss most, if not all, of training camp, as he still hasn't signed his franchise tender, which is worth $15.967 million for the 2019 season.

The Texans tagged Clowney as a linebacker ($15.443 million) rather than as a defensive end ($17.128 million). However, since players get the higher amount between the tag value or 120 percent of last year's salary, Clowney is poised to get an additional $524,000 this season.