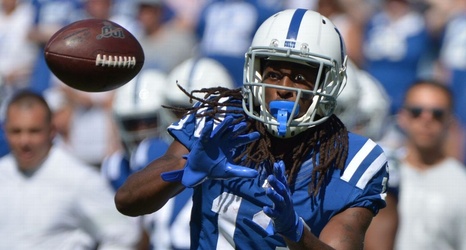 Hilton, who missed the previous three games with a calf injury, did not practice Monday or Tuesday this week, but he was listed as a full participant on the team's injury report Wednesday. Hilton leads the Colts in receptions with 32 and is second in yards with 360, despite missing four games total this season .

Hilton has had a lot of success against the Texans in Houston since he entered the NFL in 2012.