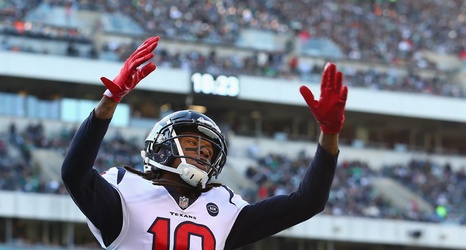 My opinion on DeAndre Hopkins hasn’t changed over the last two years or so. I think he’s the third best receiver in football right behind Julio Jones (1a) and Antonio Brown (1b) and where I’d place them among each other just depends on how dangerous I’m feeling. Now, I do think Hopkins is the most interesting to watch, the most unique, is the most important to his offense, is the most skillful, and has the best hands hands in the league, but he doesn’t have the ability to turn a slant route into a dance party, and doesn’t have the speed, quickness, straight line running ability these two have.