BRB Group Think: The Offensive Line is Trending Up , But How Much? 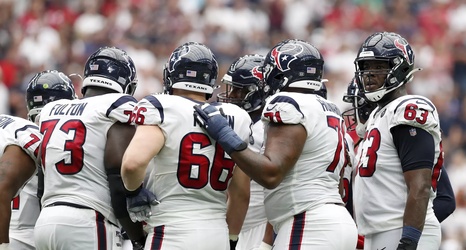 Through two games using only “the eyeball test”, the offensive line appears to be improving. The numbers, however, do not reflect much if any improvement when it comes to pass protection. I saw glimpses of extended clean pockets here and there against both the Saints and Jaguars - something that we almost literally NEVER saw last season.

I was dumbfounded that Seantrel Henderson started game one as the RT, but O’Brien did the right thing in week two by starting Roderick Johnson. Even if we are left to wonder why O’Brien stuck with Henderson as long as he did, he did at least pull the trigger.