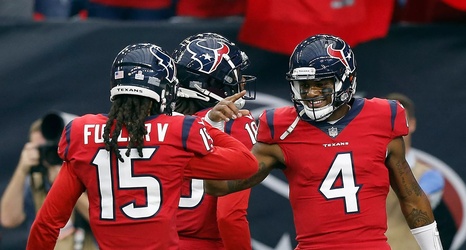 That wild and crazy Bill Barnwell is back at it again. This time, he’s ranked the NFL’s skill position groups. This is what he had to say about the Houston Texans:

“Here’s another situation where health affects the ranking. DeAndre Hopkins is my pick as the best wide receiver in football; at worst, he’s somewhere in the top five. Will Fuller has produced a 45-782-11 line in 11 starts with Deshaun Watson at quarterback, but he has now undergone two knee surgeries in two years and has missed 17 games in three years.