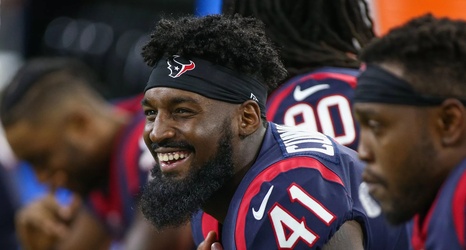 As discussed earlier on this site, the Texans have been in contract negotiations with both Deshaun Watson and Zach Cunningham, and the linebacker is the first to cross the green finish line. As reported by NFL’s Ian Rapoport and the Houston Chronicle’s John McClain, The Texans and Zach Cunningham have agreed to a contract that is worth an average of $14.5 million a year for 4 years, bringing it to a total of $58 million. Cunningham was entering the final year of his rookie contract, and is now set for the future in battle red.