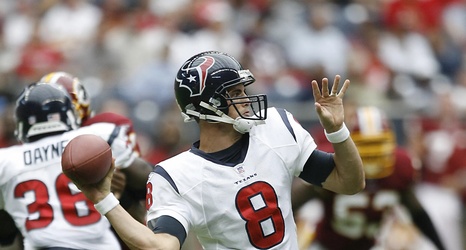 “Hope for the best, plan for the worst.”

New Houston Texans general manager Nick Caserio clearly has a plan up his sleeve with the radical chaos-theory of signings over the last month. While it’s hard to say exactly what that is right now, hopefully it’s a lot more than just “let’s acquire more free agents than any other team in offseason history.”

In the flurry of signings, he brought on veteran quarterback Tyrod Taylor and traded for Ryan Finley. Neither of which scream “new franchise quarterback,” but either of which could end up starting this season.