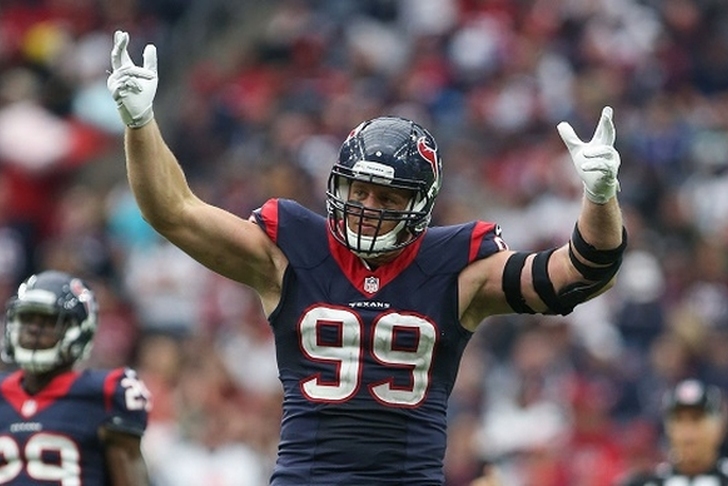 Houston Texans defensive end J.J. Watt suffered a broken hand during practice on Wednesday, but will still play on Sunday against the New England Patriots, the team announced.

Watt: "I broke my hand at practice yesterday and I will play in the game on Sunday."

Watt on his hand injury: "I've played with worse. I'm not very worried about it. In football, you're going to play with pain."

Watt did not practice on Thursday, but head coach Bill O'Brien said he doesn't think the injury will affect Watt on the field on Sunday. He will wear a cast on his hand.

Watt has started every game since being drafted by the Texans in 2011. He ranks third in the league among defensive ends by starting 76 consecutive games.

He has racked up 59 tackles this year, forced one fumble, and leads the NFL with 13.5 sacks this season.