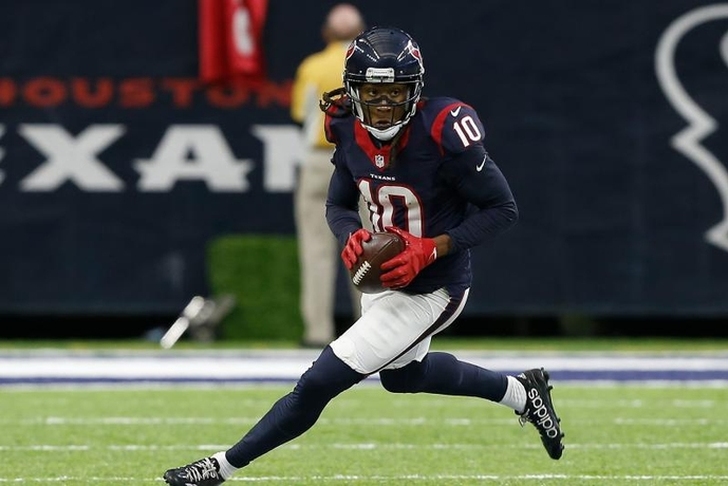 The Houston Texans are signing wide receive DeAndre Hopkins to a five-year extension that is the richest contract given to a wide receiver - in terms of guaranteed money - in NFL history, according to ESPN's Adam Schefter.

Texans signing WR DeAndre Hopkins to a 5-year contract extension, per sources. Will include largest guarantee for any WR in NFL.

The deal surpasses the $47 million in guaranteed money Julio Jones received on the five-year, $71.25 million deal he signed with the Atlanta Falcons prior to the 2015 season.

Hopkins is entering the final year of his rookie deal and is slated to earn over $7.9 million this season.

He has been one of the best receivers in the league after being drafted by Houston in the first round of the 2013 draft, recording two seasons with at least 1,200 receiving yards despite having lackluster quarterback play.

Follow our Houston Texans team page for all the latest Texans news!