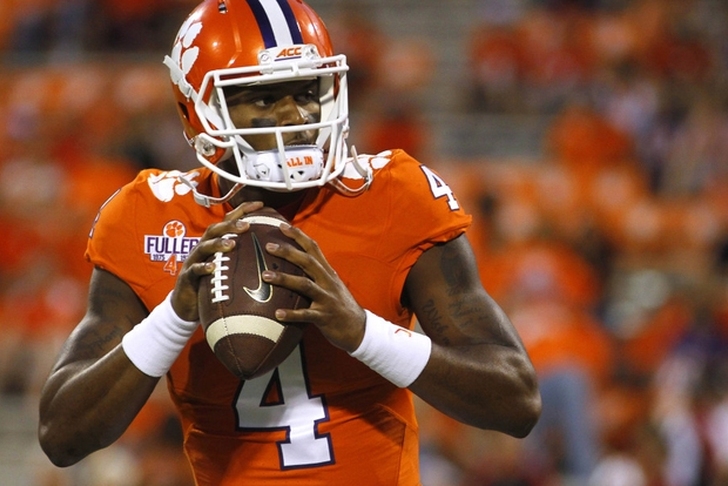 The Houston Texans needed a quarterback, and now, they have one.

Houston acquired the No. 12 overall pick from the Cleveland Browns and selected Clemson quarterback Deshaun Watson.

The Browns received the No. 25 overall pick in this year's draft, as well as Houston's first round pick in next year's draft.

Watson is expected to come in and immediately compete for the starting job with returning starter Tom Savage. He passed for 4,593 yards with 41 touchdowns and 17 interceptions while rushing for 629 yards and nine touchdowns this past season while leading Clemson to the national championship.