5 Reasons Why J.J. Watt Should Win MVP This Season 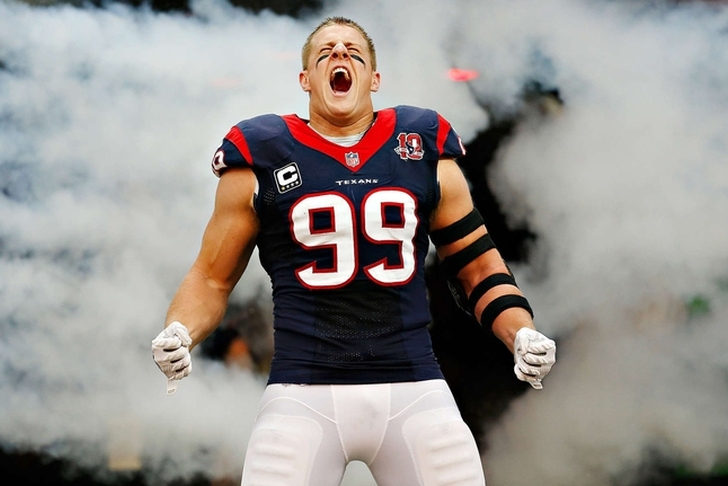 Houston Texans defensive end J.J. Watt has emerged as the most dominant defensive player in the NFL, and is arguably the best players in the league regardless of position.

He garnered some major MVP buzz because of that last season, though the award went to Packers quarterback Aaron Rodgers. However, this year might be different. Here are five reasons why Watt should win the MVP this season:

Watt racked up an astonishing 20.5 sacks, 78 tackles, four forced fumbles, and five fumble recoveries last year, and he doesn't look like he's slowing down anytime soon. Similar numbers in 2015 will put him right back in the MVP mix.

The MVP race can often be somewhat of a popularity contest, which is one of the reasons why the award so often goes to quarterbacks that are the face of their franchise. Watt has reached that level of popularity with his pure dominance, and with the respect he gets (and deserves) from everyone associated with the league, no one will say that Watt doesn't deserve it.

Watt was able to score two defensive touchdowns last season, but what really made last season special was his dominance when the Texans used him as a tight end in goal line situations. The caught three passes, all of which were touchdowns. If the Texans continue to use him in that way, his impact will be enough to put him at the top of the MVP race.

1) Overall impact on the Texans

The "valuable" part of the MVP conversation often gets forgotten, but no player in the league is more valuable to their team than Watt. He's the biggest reason why the Texans were anywhere close to being in the playoff picture last season, and he's going to be the guy that carries them in 2015.

Without him, the Texans would be looking at a top-ten pick in the 2016 draft. With him, they're legitimate postseason contenders.

Follow our Houston Texans team page for all the latest Texans news and rumors!

Bullying Made This 12-Year-Old's Life Miserable...Until JJ Watt Did Something Incredible For Him