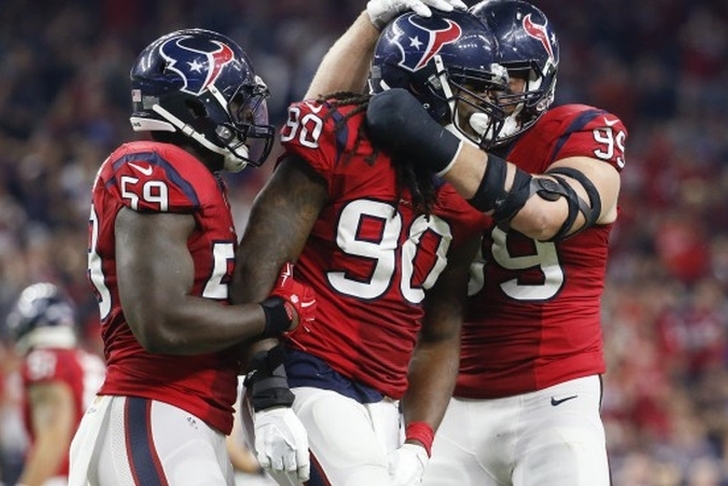 The Houston Texans will take on the Indianapolis Colts on the road on Sunday in one of the marquee games of the NFL weekend. Both teams are 6-7, and the winner will claim sole possession of first place in the AFC South. Here are three reasons why the Texans are guaranteed to beat the Colts on Sunday:

Indianapolis already announced that starter Andrew Luck will not play in this game as he continues his recovery from a lacerated kidney, meaning Matthew Hasselbeck will likely get the start again. However, Hasselbeck is recovering from shoulder and neck injuries he suffered in their lass to the Jaguars last weekend. He has been back at practice this week, but is far from 100 percent.

Though Hasselbeck will start, he has not been playing well of late. He has thrown for just one touchdown and two interceptions over the last two games - both losses - while the Colts have averaged just 13 points over that time frame. They seem to be trending downward - perfect for the Texans.

Houston's defense is finally reaching their potential and are giving up just 15.3 points per game over their last six contests, including holding three opponents to just six points. J.J. Watt is having this talented unit playing their best at the right time, and they should be able to severely limit an already wounded Colts team.

At 6-7, the Houston Texans' have a chance to claim first place in the AFC South with just two games to play. This game is of utmost importance to the narrative of this season, and the Texans are too proud of a bunch to let this opportunity slip through their fingers. They've been playing second-fiddle to the Colts for too long - now if the time to seize this opportunity and put themselves in prime position to make the playoffs.