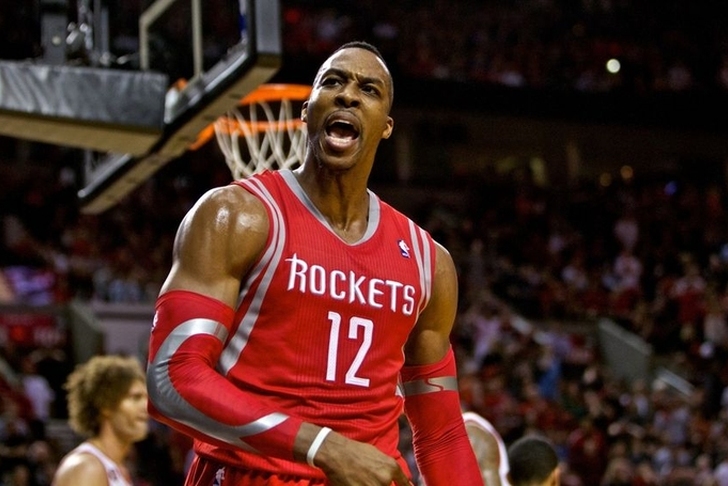 The Houston Rockets continue to explore trade scenarios surrounding center Dwight Howard, with ESPN's Marc Stein making it clear that he is "definitely in play" in trade talks before Thursday's deadline.

"He's the most likely to be traded of all the big names," NBA analyst Chris Broussard said on ESPN's SportsCenter Wednesday. "There's not much of a market for him, though."

Broussard added that recent rumors of a match between the Rockets and Charlotte Hornets aren't going to lead to anything, especially with Howard's overall value plummetting due to both production and locker room questions. GM Daryl Morey remains aggressive, though, looking for a first-round pick for Howard -- even in a rental scenario.

"He makes $22 million, so teams have to give up $20 million worth of contract to get him," NBA analyst Tom Penn added. "Expiring contracts don't mean what they used to, and Howard's value isn't either."

The Boston Celtics have surfaced as a potential fit in recent days, with many pointing to the team's positioning on the East playoff ladder and desire to take a run at the Cleveland Cavs and Toronto Raptors as reason enough for the team to risk NBA-ready players or draft picks to get Howard.

However, Stephen A. Smith isn't so sure.

"I was told the (Celtics) weren't on his list," Smith added. "Danny Ainge has spent more time on Kevin Love, Al Horford. However, it wouldn't surprise me because Ainge does like big names."