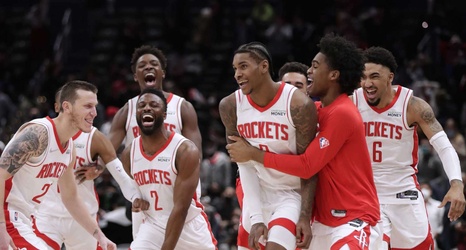 Porter's father reportedly pleaded guilty to manslaughter in the shooting death of a teenager in 1993. Consor said he mistakenly thought Porter was the son of former Washington player Kevin Porter.

“Please allow me to take this opportunity to sincerely apologize to Kevin Porter Jr., his family and the Rockets organization for the comments I made during last night's game,” Consor said on social media.

Consor said he has reached out to Porter to apologize personally and hoped to talk to him soon. NBC Sports Washington said it joined Consor in his apology.