What we can expect from Rockets-Warriors without Kevin Durant 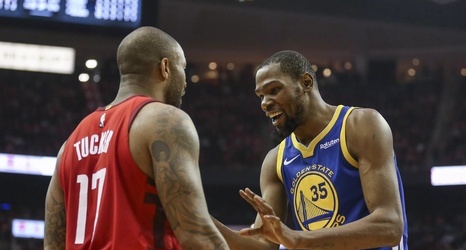 On Thursday, it was announced that the Golden State Warriors forward Kevin Durant will be out for at least Games 6 and 7 against the Houston Rockets after suffering a strain to his right calf.

The reigning Finals MVP left a close Game 5 with plenty of time to go in the second half. Despite that, the Rockets dropped a rare opportunity to topple the Warriors at Oracle thanks to a spirited battle by the rest of Golden State’s All-Stars and supporting cast.

Game 6 will be different, though - for both sides.