What the Houston Rockets should expect from Tyson Chandler 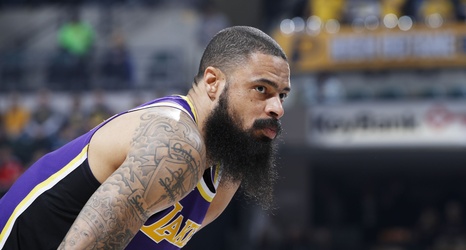 This off-season, the Rockets signed former Defensive Player of the Year and former NBA champion Tyson Chandler, as they needed a back-up to Clint Capela. Chandler last played for the Lakers and showed his value, as he had 6 games in which he grabbed 5 or more offensive rebounds, and the Lakers went 5-1 during such games. He also had 8 games in which he had double digit rebounds, and the Lakers went 5-3 during those games as well.

He averaged 5.6 rebounds per night, good for 12.3 per 36 minutes. But Chandler was actually second on the team in offensive rebounds, as he grabbed 85 offensive boards despite not playing in 34 of the Lakers games last season.